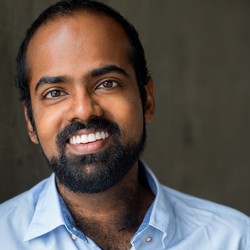 Welcome, I am an Assistant Professor of Finance at Warwick Business School. I graduated with a PhD in Economics from UC Berkeley in 2019. My research interests are in international finance and macroeconomics, with a focus on foreign exchange derivatives, market microstructure and cryptocurrencies.

In recent research, I have been investigating a class of cryptocurrencies called stablecoins that are currencies operating on the blockchain and are pegged to the US dollar. I also investigate price-setting in forex swap markets, and use financial data to identify linkages between monetary policy, financial markets and the real economy.

Stablecoins and central bank digital currencies are on the horizon in Asia, and in some cases have already arrived. This paper provides new analysis and a critique of the use case for both forms of digital currency. It provides time-varying estimates of devaluation risk for the leading stablecoin, Tether, using data from the futures market. It describes the formidable obstacles to widespread use of central bank digital currencies in cross-border transactions, the context in which their utility is arguably greatest. The bottom line is that significant uncer tainties continue to dog the region’s digital currency initiatives.

Decentralized Stablecoins and Governance, in preparation for the 2021 Tokenomics Conference proceedings (with R. Kozhan) [October 2021]

We study the fundamentals governing the price of the MakerDAO governance token MKR. Governance tokens are minted in response to liquidations, and burned in response to growth in the system surplus. MKR tokens appreciate with an increase in system surplus and depreciate with a rise in systemic risk due to DAI liquidation spirals. We discuss incentive compatibility conditions that need to be satisfied for the protocol to maintain the DAI stablecoin peg.

In this paper, we study the mechanisms that govern price stability of MakerDAO’s DAI token, the first decentralized stablecoin. DAI works through a set of autonomous smart contracts, in which users deposit cryptocurrency collateral and borrow a fraction of their positions as DAI tokens. Using data on the universe of collateralized debt positions, we show that peg volatility is related to collateral risk. The DAI price covaries negatively with returns to risky collateral, even after controlling for safe-haven demand and the mechanical impact of collateral liquidations. The introduction of safe collateral types has led to an increase in peg stability.

Corporate Basis and the International Role of The U.S. Dollar (with Z. Shi and J. Wang) [May 2022]

The corporate basis measures the pricing difference between dollar and foreign currency bonds issued by the same corporate entity. In this paper, we decompose the basis into a risky asset yield spread, a safe asset convenience yield, and FX hedging costs with the covered interest rate parity violation. With this decomposition, we uncover a substitution effect between safe and risky dollar assets. To further establish this stylized fact, we perform a structural VAR analysis and identify a shock to credit spreads using financial intermediaries’ balance sheet constraints. A negative shock to dealer equity causes a tightening of credit spreads, a demand shift toward safe assets, and an appreciation of the dollar. We also find evidence of spillover effects on the equity and commodity markets, as well as both domestic and international effects on measures of economic activity. Our results show the importance of financial intermediaries in the global asset pricing and shed light on the critical role of the dollar in financial markets.

Price-Setting in the Foreign Exchange Swap Market: Evidence from Order Flow (with O. Syrstad) [May 2022]

Using transaction level data from the inter-dealer market, we find that the price impact of one standard deviation change in FX swap order flow has increased from less than one basis point prior to 2008 to about five basis points after 2008. However, the increase in price impact is confined to periods of elevated dispersion in funding costs and over quarter-ends. Central bank swap lines reduce the order flow into USD, subsequently affecting the FX forward rate. In contrast, over quarter-ends and after monetary policy announcements we observe that dealers immediately adjust prices to curb order flow.

CBDCs, Financial Inclusion and Monetary Policy (with D. Murakami and I. Shchapov) [May 2022]

In this paper we study the macroeconomic effects of introducing a retail central bank digital currency (CBDC). Using a two agent framework and endowment economy with banked and unbanked households, we show digital currencies address financial inclusion of the unbanked, by providing a savings vehicle they allow households to smooth consumption. Finally, we study the monetary policy implications in a New Keynesian setting. Welfare gains under strict inflation targeting is higher for a retail indirect CBDC with a primarily unbanked population. An indirect CBDC distributed to households by commercial banks is preferred to a direct CBDC distributed by the central bank. Taken together, our findings suggest a stronger use case for CBDCs in emerging economies with a lower degree of financial inclusion.

In this paper we investigate the price, volatility and micro-level effects of central bank swap lines during the 2020 pandemic. These policies lowered the ceiling on covered interest rate parity violations and reduced volatility following settlement of swap line auctions. We then combine dealer-level dollar repo auctions by the Bank of England with a trade repository that includes the universe of FX forward and swap contracts traded in the UK. We find evidence of a substitution channel: dealers that draw on swap lines reduce their demand for dollars at the forward leg in the FX market. We also find evidence that dealers that draw on swap lines increased their net supply of dollars to non-financial institutions, supporting the rationale for swap lines in providing cross-border liquidity to the real economy.

El Salvador’s 2021 monetary experiment to make Bitcoin legal tender increases financial inclusion at the cost of a volatile medium of exchange. In this paper we study the macroeconomic effects of introducing Bitcoin in a workhorse small open economy model. The model’s baseline calibration predicts a 1 standard deviation decline in Bitcoin prices will cause a peak decline in output and consumption of approximately 1 percent. We study a potential solution to El Salvador’s experiment, which is to replace Bitcoin with stablecoins pegged to the USD and backed by dollar reserves. We model a net positive welfare benefit relative to financial autarky for the unbanked population when using stablecoins, but net welfare costs with using a high volatility currency like Bitcoin.

The Information Content of Trump Tweets and the Currency Market (with I. Filippou, A. Gozluklu and M. Nguyen) [October 2021]

Using textual analysis, we identify the set of Trump tweets that contain information on macroeconomic policy, trade or exchange rate content. We then analyse the effects of Trump tweets on the intraday trading activity of foreign exchange markets, such as trading volume, volatility and FX spot returns. We find that Trump tweets reduce speculative trading, with a corresponding decline in trading volume and volatility, and induce a bias reflecting Trump’s (optimistic) views on the U.S. economy. We rationalise these results within a model of Trump tweets revealing economic content as a public signal that reduces disagreement among speculators.

Using a rich dataset of trades between the stablecoin Treasury and private investors, we examine how arbitrage stabilizes the price of the dominant stablecoin, Tether. We identify the arbitrage mechanism through a unique natural experiment: the migration of Tether from the Omni to the Ethereum blockchain in 2019. This event led to an increase in investor access to arbitrage trades with the Tether Treasury, and reduced the absolute size of peg deviations by more than half. We also pin down the sources of stablecoin instability: Premiums are due to stablecoins’ role as a safe haven; discounts derive from collateral concerns.

This paper explores the persistence of covered interest rate parity (CIP) deviations. Since 2008, these deviations have implied a dollar financing premium for banks in the Euro area, Japan and Switzerland. Using a model, we explore two unconventional monetary policies: quantitative easing and negative rates. Both policies lead to increase in excess demand for dollars in the forex swap market. To absorb this excess, financially constrained dealers increase the dollar premium. We find empirical support for widening of CIP deviations around unconventional monetary announcements, and rising share of forex swap funding in response to a decline in domestic credit spreads.

Collection of articles, slide material and podcasts related to my research.

Beyond the Hype: Stablecoins and DeFi, remarks at Warwick Hodl society

Algorithmic Stablecoins and Devaluation Risk with A. Chaudhary
Do Stablecoins Inflate Crypto Markets? with R. Lyons
Libra still needs more Baking with B. Eichengreen
Ampleforth’s Algorithm:How Does it Work?
Three Trends that will shape cryptocurrencies future